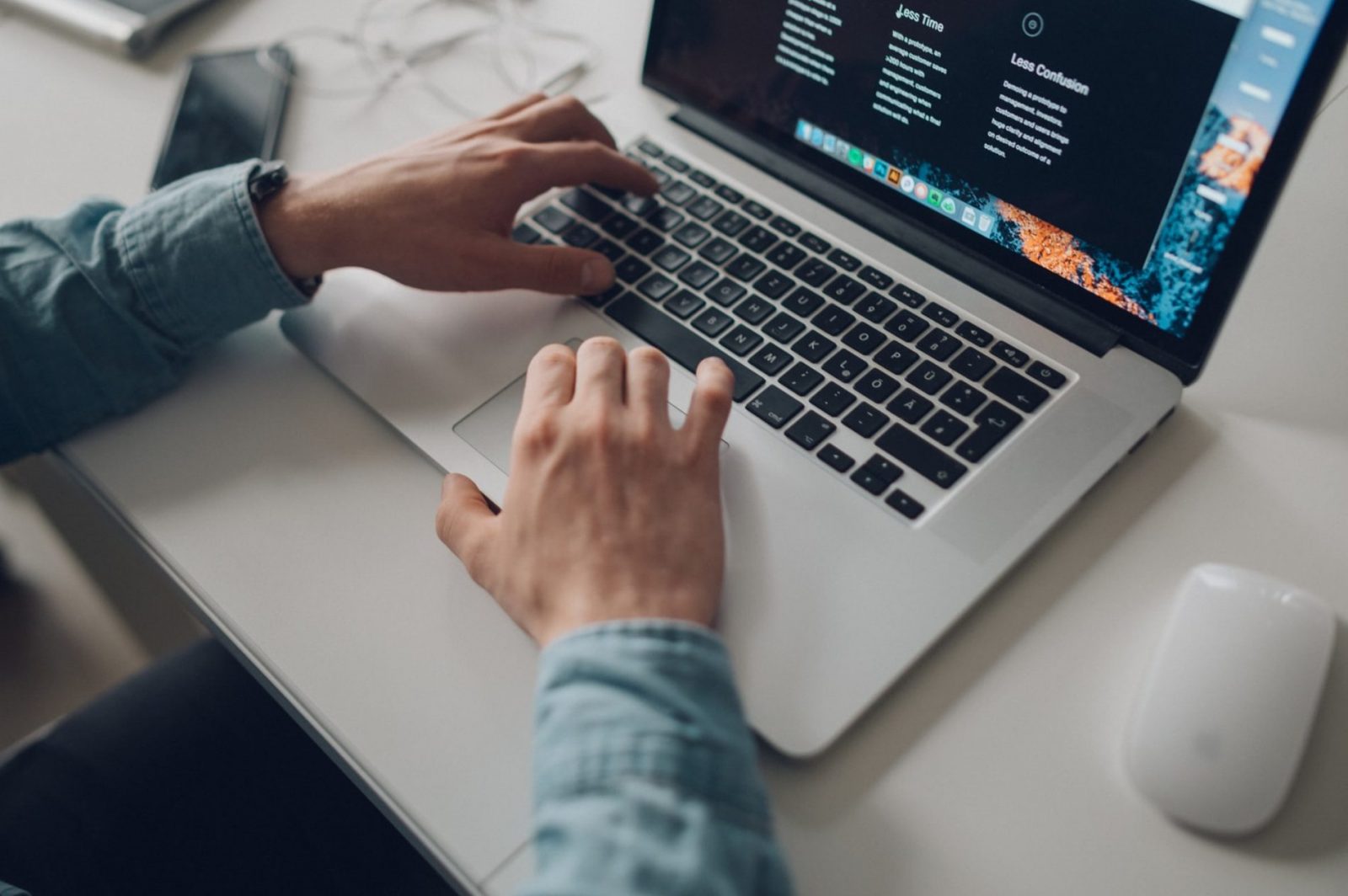 Wireless network professionals are at home with phrases like spatial streams, data rates, signal-to-noise ratio, and quadrature amplitude modulation (QAM) – yikes. For those of us who aren’t comfortable building our WiFi network from scratch though, it can be difficult to make sense of something like what, exactly, WiFi 6’s data rates bring to the table and why we should be excited.

So, we’re going to walk through data rates and give you five fun facts that will not only impress your coworkers, but also have you waiting impatiently for the day WiFi 6 comes to your office.

Data Rate is a Fancy Name for Speed

The data rate is essentially the speed at which your WiFi device communicates with the nearest Access Point (AP). This speed is determined by complicated modulation schemes such as the QAM mentioned above. Basically, with every WiFi generation, highly intelligent engineers have discovered how to vary radio waves so that they can construct signals that transmit an ever-increasing number of bits per hertz – or, in our terms, they’ve found ways to create radio waves that deliver more bits of information at a time so that every WiFi request we make happens even faster.

This sounds great, and it is, but it doesn’t give you the entire picture. When you look at a chart of all the different data rates available, you’ll see numbers as low as 6.5 Mbps and as high as 4000+ Mbps. You’ll also notice a lot of other numbers. This is because data rates are subject to other rules and limitations. What you see isn’t always what you get.

Here’s an image of the table with all the possible data rates now available with the addition of WiFi 6. 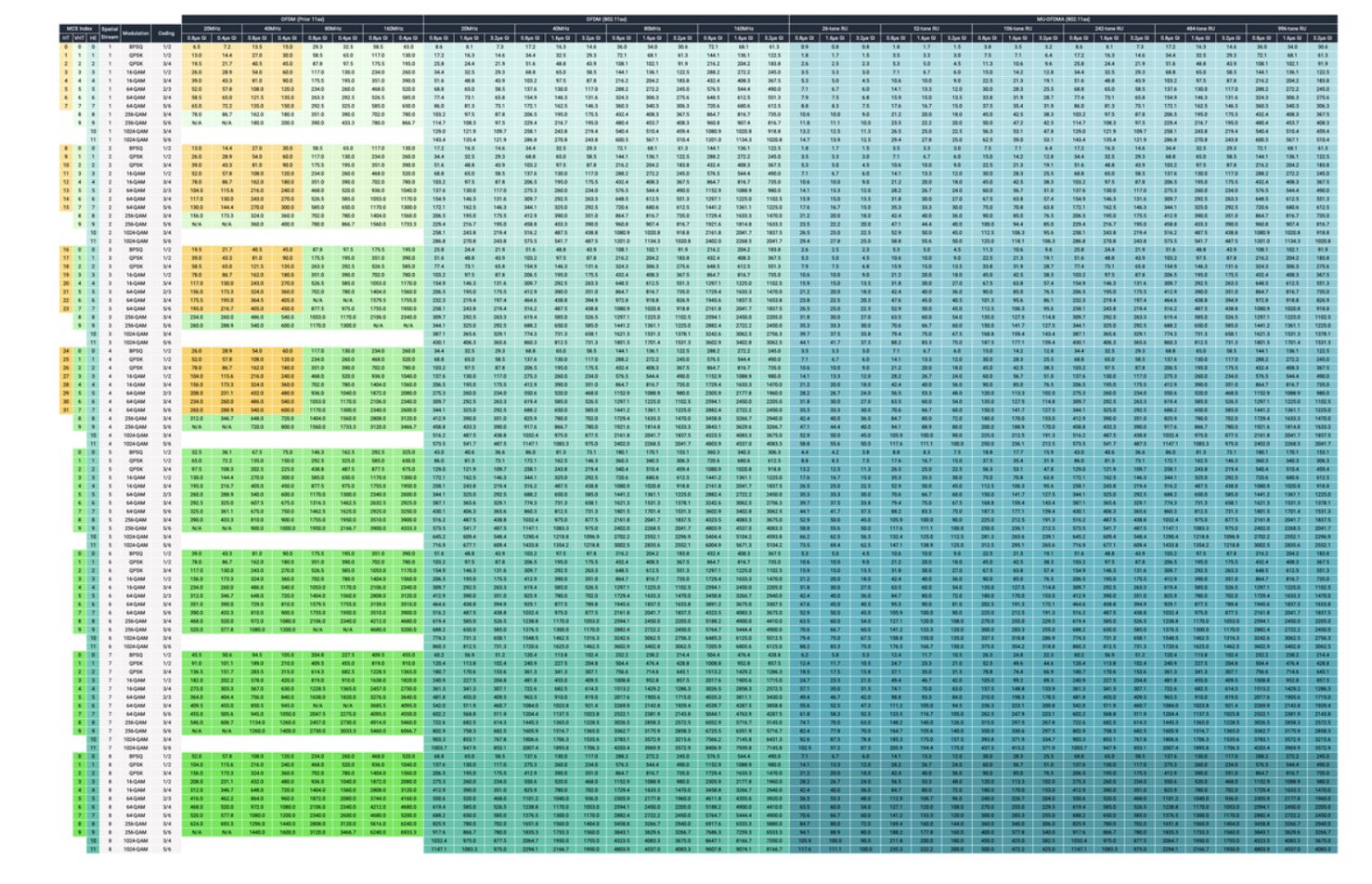 Yeah, it’s insane. The table is so large, that we can’t easily provide a readable image of it. To look at it in-depth, use this link.

As you look at the table, you’ll notice different shades of colors. Here’s another look: 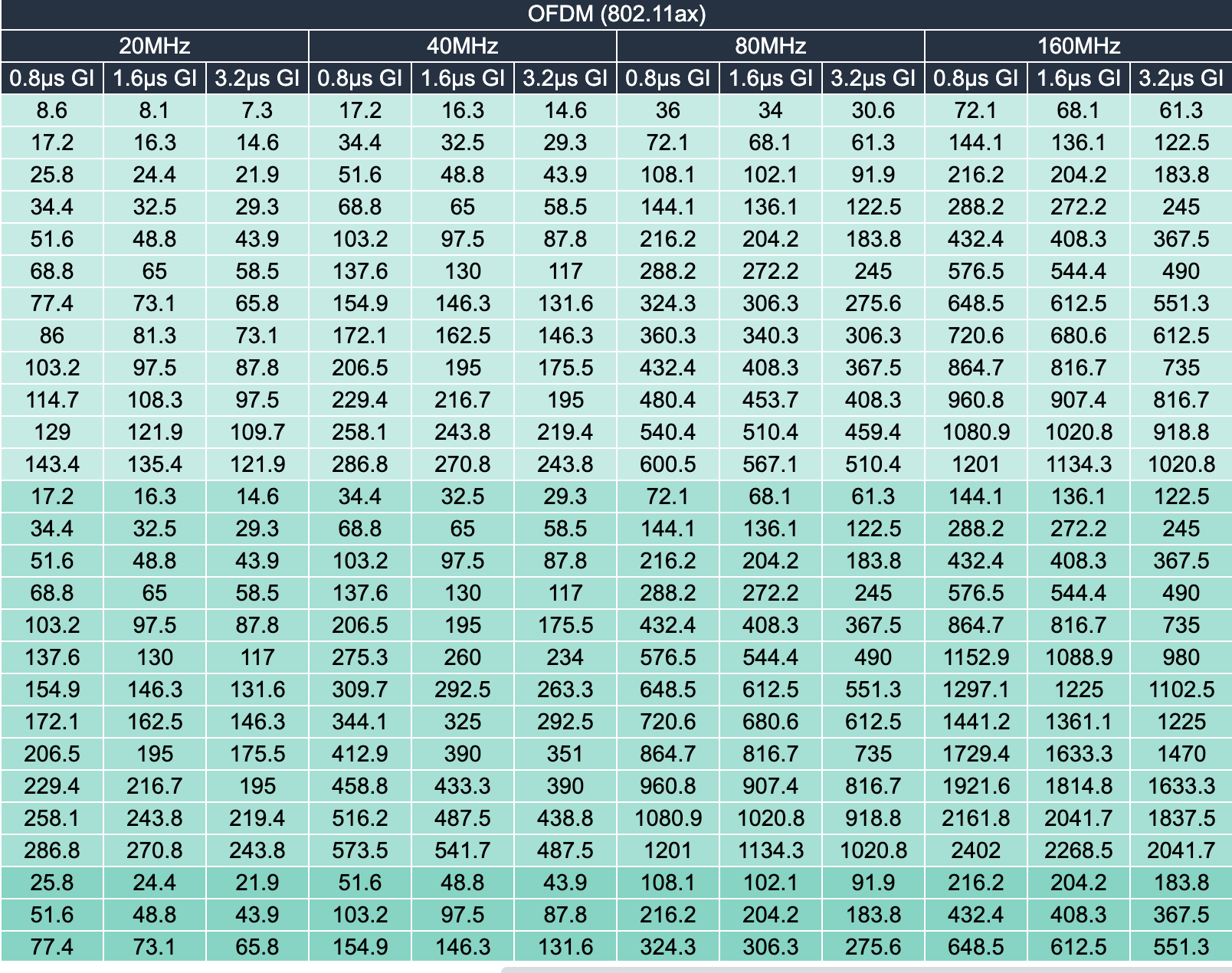 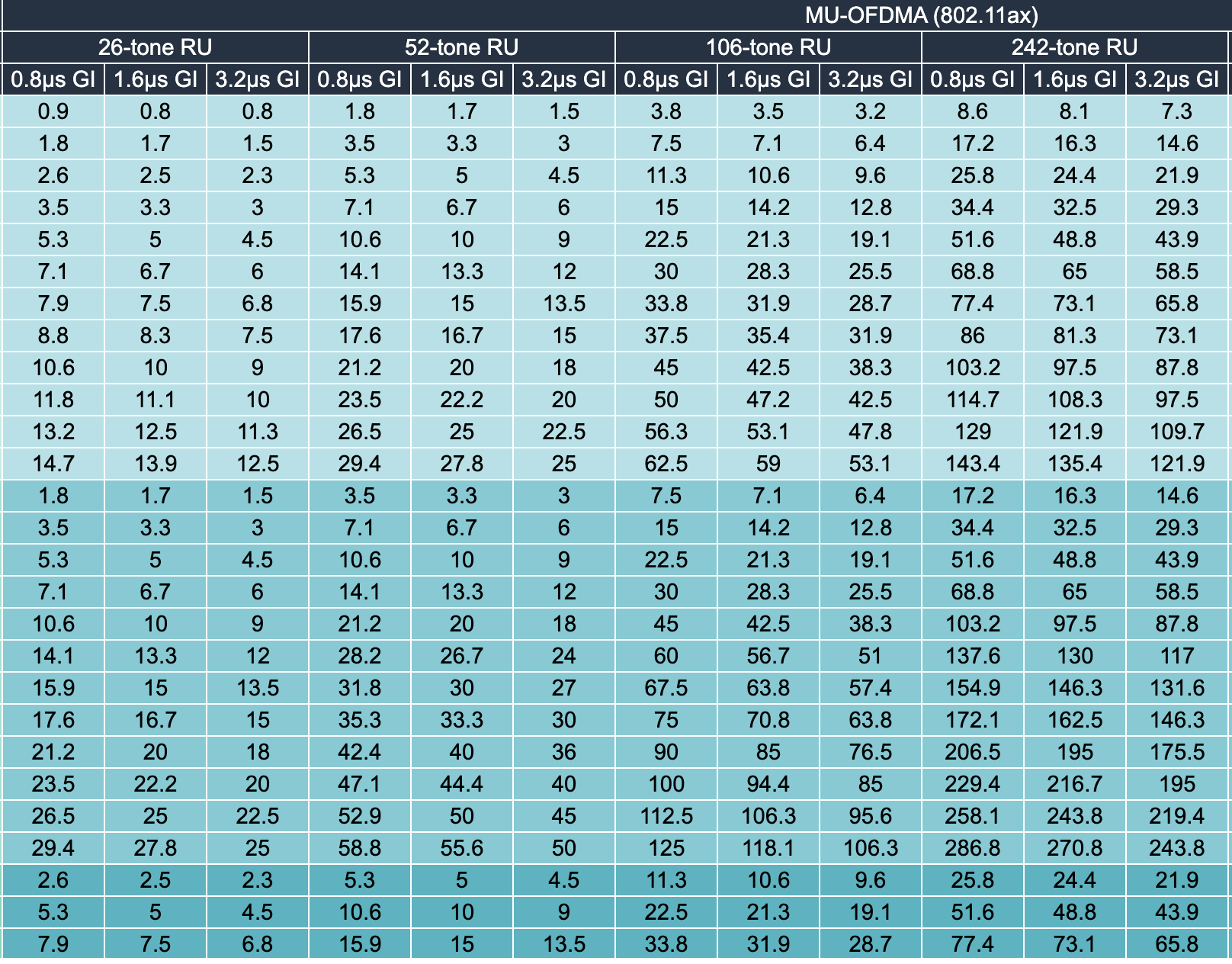 Even if you have the latest AP, if your device only has 2 spatial streams, don’t bother looking at the possible data rates for 3 streams. Your device isn’t capable of communicating at that level.

Since we’re trying to keep this as uncomplicated as possible, we’ll simply say that your AP and client devices are going to be operating on one of those channel widths. So, once again, depending on your channel, some of the available data rates don’t apply to you. For example, the 80MHz and 160MHz channels typically aren’t used in real-life situations because they offer a very limited number of channels for all devices to use. This makes it much more likely to have channel overlap, which causes interference and poor network performance.

The good news is that even by removing certain spatial streams and certain channel widths, you’re still left with faster possible data rates than those offered by previous WiFi generations. Hurray!

Your WiFi Speed Depends on Your Coworkers

There’s still more to learn though. Even after all this, we still haven’t narrowed down the data rate to the actual rate you will experience on your device. To do that, let’s get specific. Say you are using an OFDM AP with 1024-QAM and a device with 2 spatial streams on a 40MHz channel. You see that it offers a data rate of 516.2 Mbps. With that speed, you might expect information to appear on your device faster than you can request it. There’s one more thing we have to remember though – you aren’t the only one using the WiFi.

First, you’ll have to surrender about 30% of that rate to overhead. Now you’re at 361.34 Mbps. You have to share that with everyone else connected to the same AP. So, assuming you’re sharing the AP with 50 coworkers, that gives you 7.23 Mbps.

Hmm. How are you feeling about that? It seems pretty low, doesn’t it? What about the famed WiFi 6 speeds?

Well, how would you feel if you knew that you only needed around 1.5 Mbps for a one-on-one video call? That number will increase for larger group meetings, but still, your 7.23 Mbps isn’t looking half-bad now, is it? Especially considering that many daily activities are far less data intensive than a video call and therefore require even less megabits per second.

One final thing to know about possible speeds: you need to know how fast individual devices can communicate. If a device is only capable of 20 Mbps, then that is your max speed, regardless of what the AP promises. So, in our above example, even if only one device was connected to the network, if that one device wasn’t capable of communicating at speeds of 516.2 Mbps, you wouldn’t experience those speeds. As we’ve seen, this is okay because you don’t need those speeds in real life. It’s just something to remember.

WiFi 6 Gives You Your Own Channel

There’s also something else that WiFi 6 is doing to provide people with faster speeds. Remember that this new technology is mainly geared towards high density environments, so it wants to provide as many people as possible with better speeds. To do that, WiFi 6 uses something called OFDMA to give people a designated piece of the available bandwidth of a WiFi channel.

Did we lose you? Remember above we mentioned channel widths like 40 MHz. In the past, WiFi experts thought that increasing the channel width would help address density issues by allowing more data to be transmitted at one time. However, before WiFi 6, only one device could use the channel at a time. So, while faster speeds still help move the queue along, people still had to wait for every person in line ahead of them to send/receive their data before they could make their own request.

WiFi 6 changes that by giving every person a designated lane (bandwidth) in the channel. So, this does mean that you’ll never have use of the entire channel – unless you’re the only one connected to the WiFi – but it also means that you never have to wait in line. Your channel bandwidth is available whenever you want it.

Hopefully this gives you a better understanding of data rates and the changes WiFi 6 introduces. Perhaps the most important thing to remember is that the available speed will be split between all devices connected to the same AP. So, do the math and ask yourself if the minimum available megabits are sufficient for everyone’s tasks. Of course, to answer this question, you need to know how the network is being used, the capabilities of every connected device, signal-to-noise ratio, how far every device is from the AP it connects to, and you need to know how that information changes daily, weekly, monthly, etc.

Covering the hows and whys of all that information would take several more posts. Suffice to say, networks truly are complicated. They don’t have to be though. There are simple ways to get all the answers that you need to determine your specific, optimal data rates. First and foremost, we recommend working with a WiFi Automation platform to get the answers.

These platforms, like Wyebot’s Wireless Intelligence Platform (WIP), automatically and proactively monitor the entire wireless ecosystem. WIP sees all and knows all, providing IT with the in-depth analytics that they need to ensure the network is optimized at all times. Wondering how many of your devices are WiFi 6 capable? WIP will tell you. Want to know the highest density areas of your building? WIP’s got the answers. Do you need to talk to capacity planners about how and when to upgrade? WIP provides the historical and real-time analytics that you need to understand exactly what your network has been supporting, how that has changed over the past year, and which upgrades/updates will provide the best ROI.

So, here’s what we learned today:

As wireless networks now must support hundreds or thousands of devices every second of the day, there are a lot of variables determining network health and performance. It isn’t possible for humans to analyze data from every device in real-time to identify possible trouble spots or areas in need of improvement. The best and most cost-effective way to support operational efficiency, no matter how WiFi technology changes, is with WiFi Automation. Let these platforms monitor the network supporting most of your critical business functions, and allow everyone else to focus on their jobs. 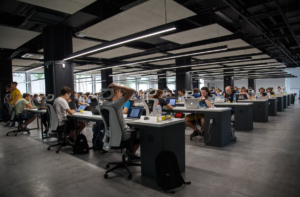 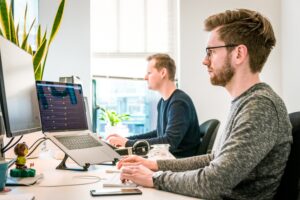 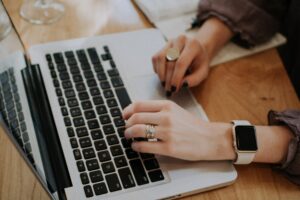