With Wyebot, a Vermont School District Stays Ahead of the Curve | Wyebot
Case Studies

With Wyebot, a Vermont School District Stays Ahead of the Curve

As with any modern school system, WiFi is critical for LNSU’s administration, communication and education. To that end, each LNSU school has its own dedicated technology coordinator, acting as the first line of defense and help desk for on-site network issues. LNSU is also using cloud-managed Aerohive wireless access points at each school.

However, the coordinators realized there was a missing piece to their wireless puzzle: information. “When issues arise with either the network or individual access points, the Aerohive solution, while capable, is limited in the information it supplies,” said Mike Lambert, Technology Coordinator. “We needed more data to help coordinators diagnose, troubleshoot, and ultimately prevent problems.”

LNSU turned to Wyebot for a deeper understanding into their network, and to gather more information to empower their decision-making.

This case is unique in that there wasn’t a specific challenge or issue. In fact, LNSU was pleased with the performance and capabilities of their Aerohive solution, as it met almost all of their needs. What they wanted was more information about their network and users than the cloud-supported solution could provide.

For example, LNSU wanted to optimize wireless performance by having as many devices operating on 5.0 GHz as possible, since a mixed 2.4 – 5.0 GHz environment slows everyone down. To do that, they needed to know not only how many users and devices were operating at 2.4, but also how many were required due to hardware limitations. This information would ultimately tell LNSU how many devices would have to be upgraded or replaced for the sake of overall network performance.

LNSU wanted active and proactive monitoring, more in-depth reporting, and the kind of information needed to better troubleshoot and manage their network. They turned to Wyebot.

Mike Lambert had heard of Wyebot and recommended that LNSU give it a try. “As soon as I saw that there was a device available that helps you check efficiency of your network, regardless of the hardware, I knew it would help us,” Lambert said. “Vendor- agnostic devices give (LNSU) network administrators and management a lot of flexibility.”

LNSU chose to deploy a number of Wyebot devices throughout several of their schools to test and verify the information they were already getting. Setup and configuration were “quick and painless,” according to LNSU technology coordinators. When that initial phase proved successful, LNSU began to pull deeper data from their network with the Wyebot devices, including the answers to their 2.4 GHz questions. “The (Wyebot) devices at the test schools delivered as promised and immediately helped us tweak, optimize, and improve performance,” Lambert said.

LNSU is getting the information it needs to make improvements to its network. Moving forward, the plan is to have at least one Wyebot device at each school in the district within the next two years.

Rather than fixing a specific problem, Wyebot gave LNSU the power of information and proactive, preventative maintenance – “staying ahead of the ball” before minor issues develop into major problems for the over 2,000 students, teachers and administrators who use the network. “We now know where we need to go, what we need to do, and hardware to recommend to ensure that the network is as efficient as possible,” Lambert concluded. “We can’t wait to deploy WIP at every school.”

“Wyebot enhanced our reporting and troubleshooting capability instantly, with minimal disruption to a wireless solution we’re already happy with.” 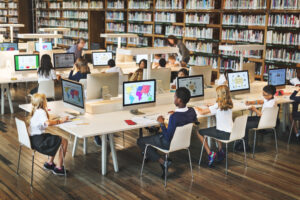 The Highlights New computers continued to connect to a school’s 2.4GHz channel The AI-powered WIP helped prove that the problem was with the chromebooks and not the school’s network With WIP, IT can instantly see if a root cause is internal or external Insights are delivered in real-time and saved for historical review New computers […]

Student Living Impacted by a Building Automation Issue Imagine a university dorm: multiple floors filled with hallways and rooms, all populated by students who expect the dorm to be comfortable, a true home-away-from-home. Now, imagine building facilities department outfitting a new dorm with WiFi-enabled thermostats to provide comfort in an energy-efficient way. Imagine those thermostats […] 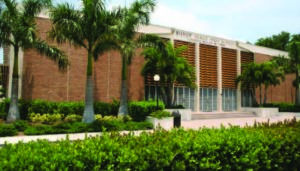 A Proactive Solution Unlike Any Other

Bishop Verot Catholic High School has around 700 students and 60 faculty members. The school’s one-to-one computing program means that every student uses an iPad, and, while phone usage is generally blocked, faculty and staff may use phones on request. This coupled with wireless computers and printers means that the school has over 800 network […]